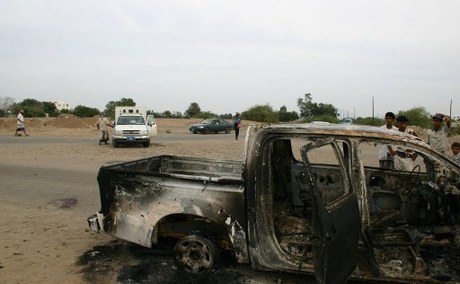 The two policemen were gunned down by suspected southern secessionists before the police launched a manhunt for the attackers, sparking the shootout in which another officer and a civilian died, a security official said.

Ten policemen were wounded, he added.

"The police have pulled back from the town to calm the situation," the official said, speaking on condition of anonymity.

Residents said the police conducted a number of arrests before their withdrawal, including owners of motorcycles, because the initial attack was carried out by gunmen on motorbikes.

The clashes come after hundreds of thousands of demonstrators took to the streets of the southern port of Aden to call for self-rule in the south, where people have long complained of discrimination.

South Yemen was a separate state before unification with the north in 1990. It broke away four years later, sparking a civil war, before it was overrun by northern troops.