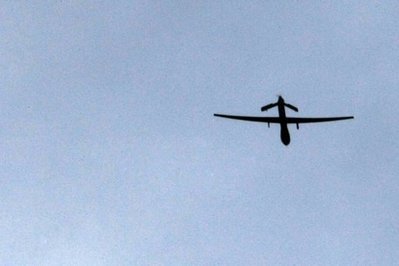 A drone strike in the eastern Yemeni province of Shabwa last month killed the top religious cleric for al-Qaida in the Arabian Peninsula, a source close to AQAP said on Tuesday.

"A drone strike had targeted Sheikh Adel al-Abab's vehicle but he escaped and fled to a mountainous region where a raid by another drone killed him immediately," the source told Agence France Presse on condition of anonymity.

Abab had graduated from an Islamic studies center, the Dawa Center, in Sanaa and had served as AQAP's top religious cleric.

U.S. drone strikes against al-Qaida militants are frequent in Yemen, home to the franchise seen by the United States as the jihadist network's deadliest and most active.

AQAP is led by Nasser al-Wuhayshi, who in July 2011 reaffirmed the group's allegiance to Ayman al-Zawahiri, head of the worldwide al-Qaida network since the killing in May of its founder, Osama bin Laden.

U.S. drones strikes in Yemen nearly tripled in 2012 compared with 2011, from 18 to 53, according to the New America Foundation, a Washington-based think-tank.

Paris also reported a drone strike on the nerve-center of the French pastry business in a side street in London.
"We are hurt, but we shall recover," said France's Minister for Dessert, Ralph al Thani.

Too bad the flight to Syria through Turkey was fully booked with Yemeni Syrian rebels!