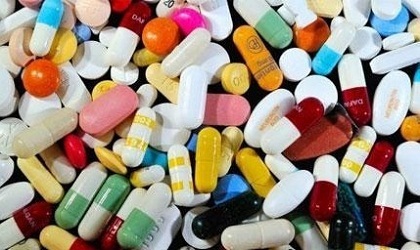 An arrest warrant was issued on Friday against the brother of Minister of State for Administrative Reform Mohammad Fneish over his links to the drug scandal that erupted in Lebanon in 2012.

MTV reported that Judge Jean Ferneini issued the arrest warrant against Abdul Latif Fneish in connection to the case of the illegally imported medications.

Voice of Lebanon radio (93.3) reported later that the suspect has handed himself over to the judiciary.

LBCI said that Abdul Latif is currently being held at the Justice Palace in Baabda.

The General Prosecution filed a lawsuit in December against Abdul Latif Fneish for being involved in the scandal.

Media reports revealed in November that the brother of Hizbullah's Minister Fneish might be involved in forging certificates of laboratory tests.

The forgery of the medications was discovered at the labs at the Beirut Arab University.

Also in November, General Prosecutor Judge Hatem Madi issued a search and investigative warrant against the brother of Fneish and a suspect identified as Fouad Ahmed Wehbeh.

Health Minister Ali Hasan Khalil had declared in November that “no one will be protected in this issue,” vowing to go ahead with the case to the very end.

“We will not cover for anyone when it comes to the people's health,” he stressed.

Give it a rest dude--you like saying what suits you at the time regardless of what you said in the past. In any case, this guy still hasn't shown up in court nor has he been arrested, so until he is in jail, shows up for court, and serves out his sentence, NOTHING has changed.

mowaten is right the fact that they actually charged him, shows that no one is providing political cover whereas march 14 work 24/7 on providing covers for they dogs.

Hizb and cronies are a bunch of thieves, liars and hypocrites...Aoun will NEVER BE PRESIDENT ...get over it and stop blindly following your master nousrala…...

This is a good start. Let's see what happens next. Will he be found innocent? Will he serve jail time? Or will he just disappear?

Interesting that HA is giving up some of its own thugs. Either they want to punish him for straying, or they will save him at one point, or he will be pardonned soon. But between samaha and fneich, our judiciary is doing a good job.

let us see the parody of judgement they will have for him like for the one who killed samer hanna: he will walk within a few months.
is that the justice of this country?

He's been charged and indicted ? You're happy with this result ?

This is 1 in a million cases where hezbollah is actually giving in ...

It does not excuse them a single instant from the cover they provide to the thousands of crooks, robers, killers, murderers and terrorists who are all convened to appear in court to defend themselves !

Eat your own lies, fantasies and bullshit if you want to but stop trying to feed them to the more intelligent people here !

of course he is indicted , the scandal is too big for the justice to let him go with it in front of the public opinion. but for one caught how many hundreds do not face justice or are protected? lol!!!

people of honor and resistance while drug dealing and killing women and children in Syria.

d not even try to portray hizbushaitan as being under the law :) such an attempt is ridiculous.
they will free him soon like they did with the guy who killed samer hanna.