Strugar: UNIFIL Forces Will Increase in July, No Decision Yet to Reduce Italian Contingent 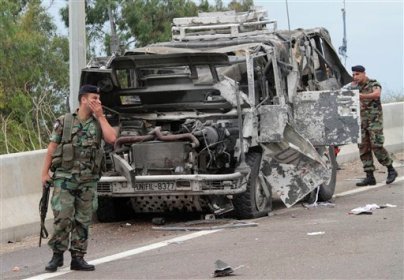 UNIFIL Director of Political and Civil Affairs Milos Strugar said that the number of troops will increase within a month.

Strugar told As Safir newspaper published Saturday that “an Irish contingent will join the UNIFIL mission thus increasing the number of troops.”

Concerning the renewal of the mission’s mandate next August, he said: “The renewal is in the hands of the Security Council that will do its annual assessment and take the right decision.”

Strugar stressed the importance of revealing those behind the roadside bombing that targeted peacekeepers near the southern port city of Sidon.

“UNIFIL's forensics team is working with the Lebanese army and authorities to investigate the explosion. The Italian authorities are also investigating the attack,” he remarked.

The UNIFIL official said that it was hard to “speculate” who are behind the attack at this stage. “We are waiting for more information, while other details cannot be discussed in public for the safety of the probe.”

Strugar noted that reduction of the size of the Italian contingent was an issue raised by the country’s media prior to the attack, for reasons linked to the Italian army. “This issue is under discussion between the Italian government and the U.N. peacekeeping leadership in New York,” he said.

In answering a question about the effect of the delay in the cabinet formation on UNIFIL, Strugar said: “We’re committed to keeping stability in the south with the Lebanese army, and we hope the government is formed soon to stabilize the internal situation.”