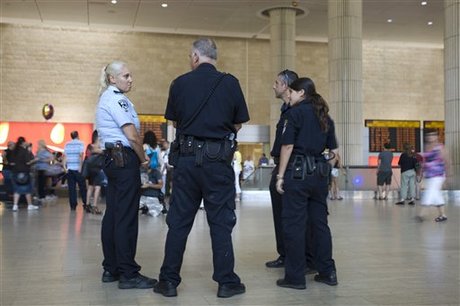 A Greek charter plane made an emergency landing at Tel Aviv's Ben Gurion airport on Thursday after the pilot had sent out a distress signal, an airport official told Agence France Presse.

"The airport was placed on a state of alert after receiving a distress message about a technical problem but the aircraft landed without incident," the official said.

Israeli media had earlier identified the aircraft as a Jordanian passenger plane.

"The pilot on his approach to Ben Gurion airport told the control tower the plane had a serious problem with the hydraulic system," the official said.

"The airport was placed on a state of alert. We mobilized ambulances and firefighters to be ready for all eventualities, but the pilot managed to maintain control of the aircraft until it landed," he added.

"We closed off Israel's airspace, and rerouted other planes -- two landed in Cyprus," he said.

According to the official, onboard the plane -- which took off from Crete and was headed to Israel -- were 178 crew members and passengers, most of them Israelis.

This is front page news ???

It definitely is more than front page news to you and your loved ones had you been one of the passengers on that plane.

i ate two delicious chicken sandwiches for lunch today, though causing a very strong case of garlic breath. that was front page news for me (and my loved ones, who had to put up with my garlic breath) why didnt naharnet publish that info?

You must have completed your humanities studies in HA schools. Compassion is just grilled into you in every grade level.

Please tell me what the big drama that touched you so deeply was, I'm really curious to know how your compassion system works, knowing you didn't have any for the innocent people who got hurt in the bombing two days ago.