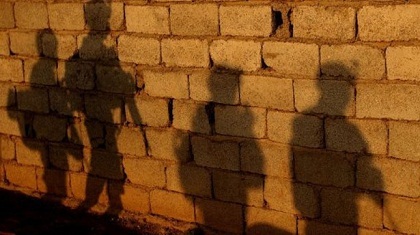 Attacks killed 18 people in Iraq Thursday, including six who died in a bombing against a wedding party, the latest in spiraling violence that comes despite wide-ranging operations targeting militants.

Prime Minister Nuri al-Maliki has vowed to press on with the anti-insurgent campaign, which is among the biggest since U.S. forces withdrew in December 2011, but analysts and diplomats say authorities have failed to tackle the root causes of the violence.

The blast went off near the musicians who typically accompany wedding convoys in Iraq, but the bride and groom were unharmed.

Dujail is a predominantly Shiite Muslim town, and while no group immediately claimed responsibility for the attack, Sunni militant groups linked to al-Qaida frequently target Shiites, whom they regard as apostates.

The rest of Thursday's bloodshed, however, was largely concentrated in mostly Sunni Arab towns and cities to the north and west of Baghdad, areas that have been roiled in recent months by angry anti-government protests and are among Iraq's least stable.

A suicide bomber detonated a tanker truck rigged with explosives at an army checkpoint along a highway in the western province of Anbar, killing four people, according to security and medical sources.

The attack, which struck close to provincial capital Ramadi along the route connecting the city to the Syrian border, killed three soldiers and a civilian and wounded 14 others.

Elsewhere, several gun and bomb attacks killed five people in the northern province of Nineveh, including three soldiers, and a bomb targeting a Sunni mosque in the restive city of Baquba killed two others.

In the disputed city of Kirkuk, meanwhile, gunmen kidnapped and executed a lawyer.

Violence has surged in Iraq this year to levels not seen since 2008 when the country was emerging from a brutal Sunni-Shiite sectarian conflict that claimed tens of thousands of lives.

Attacks have killed at least 3,570 people since the beginning of 2013, according to figures compiled by Agence France Presse.

Analysts and diplomats link the increased bloodshed to anger among Iraq's Sunni Arab minority over their alleged ill-treatment at the hands of the Shiite-led government.

But the prime minister has vowed to press on with the security force operations, insisting they are producing results, pointing to the arrest of hundreds of alleged militants and the killing of dozens of others.