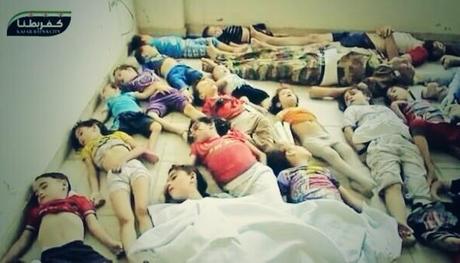 The United States declared Monday that a U.N. report into a chemical weapons attack in Syria makes it clear that Bashar Assad's regime was responsible.

"The information provided in that report that the sarin agent was delivered on surface to surface rockets that only the Assad regime has, makes clear the responsibility," White House spokesman Jay Carney said.

The U.N. investigation team said in its report that it had "clear and convincing" evidence that sarin gas was used in Ghouta and that chemical weapons have been used on a "relatively large-scale" in the 30-month-old Syrian conflict.

The Security Council meeting came two days after Russia and the United States agreed a plan to destroy Syria's chemical arms within a year.