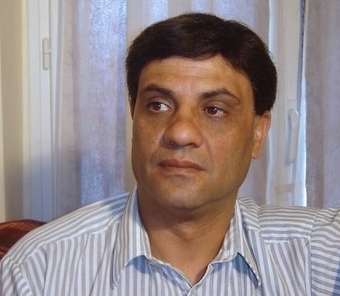 The Al-Watan newspaper, which is close to the government, said a court on Wednesday sentenced Murad Akram to 10 years in prison, including five years with hard labor, and Zuhair Mohamed Saeed Siddiq to 20 years in prison with 10 years of hard labor.

Siddiq was sentenced in absentia, but Akram has been in custody in Syria since May 2011, when he was transferred from Lebanon after serving out a prison term for drug trafficking there.

The two men, both Syrians, were accused of providing false testimony to an international tribunal investigating Hariri's 2005 assassination.

Their testimony implicated the four highest-ranking officers in Lebanon in Hariri's death, accusing them of collaborating with Syria to kill him.

The four Generals, Jamil Sayyed, Ali al-Hajj, Raymond Azar and Mustafa Hamdan, spent years in prison in Lebanon before being released for lack of evidence.

Al-Hajj sued Siddiq and Akram in Syria for giving false testimony, leading to the sentences handed down on Thursday.

Both men later recanted their testimony, and the Special Tribunal for Lebanon that investigated Hariri's death ultimately failed to implicate Syria in the assassination.

Instead, it is hearing the case against five members of Hizbullah, a close ally of Syria.

Hariri was killed in a powerful suicide bomb attack in February 2005 in downtown Beirut.

The STL began hearing the case against the five Hizbullah suspects earlier this year, but the men are being tried in absentia as the party has refused to turn them over.

It's like for Mughnieh, Assad killed him , accused and sacked his brother-in-law Assef Shawkat. To kill two birds with one stone...

did you read that in your coffee cup cedre?