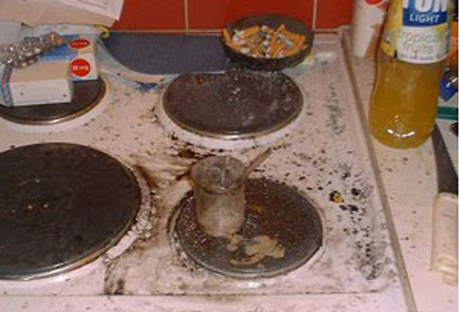 A Swedish man police detained two weeks ago for trying to build a nuclear reactor in his kitchen said Thursday he had started the experiment "just for fun".

Richard Handl, 31, from Aengelholm municipality in southwestern Sweden, said police had briefly detained him at the end of July for attempting to build a nuclear reactor in the kitchen of his flat.

He had meant no harm and had started the project as a hobby, he told Agence France Presse.

"I have always been interested in nuclear physics and particle physics," he said.

In May, he launched an English-language blog, "Richard's Reactor" in which he charted his progress in the project, complete with picture.

His plan, he said, was "to build a working nuclear reactor. Not to gain electricity, just for fun and to see if it's possible to split atoms at home."

Just to make sure everything was above board, he sent an email to Sweden's Radiation Safety Authority.

"As a hobby, I have ... gathered the basic materials (and) planned a project to build a very primitive nuclear reactor. You can see my plans here," he added, complete with a link to his blog.

"I'm now wondering if I am breaking a law with this," he asked in the email, a copy of which he forwarded to AFP.

At that point, his experiment came to an abrupt end.

Two days later "the police and the radiation safety authority came to my apartment," Handl said.

He wrote in his blog: "I was ordered by the police to get out of the building with my hands up, then three men came, with Geiger-counters and searched me."

Police questioned him for about half an hour, before releasing him, he told AFP.

The radiation authority confirmed in a statement that it had conducted a search of a private residence on July 20.

But they had not detected high levels of radiation in the apartment and neighbors had not been exposed to radiation.

On his blog however, Handl wrote that he "was still suspected of a crime against the radiation safety law."

"So, my project is canceled!" he lamented.