All Eyes -- Hopeful and Accusatory -- on Obama over Immigration 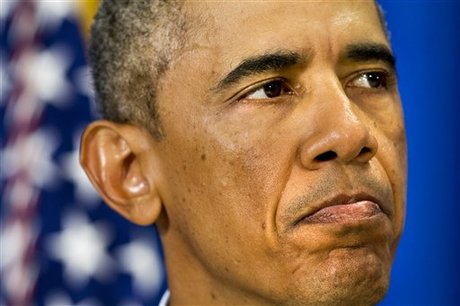 U.S. President Barack Obama has vowed to take action on immigration before summer's end. Now millions of hopeful undocumented immigrants are eagerly awaiting his move -- as are Republican leaders who accuse him of abusing his power.

Back in Washington after two weeks of a golf-filled family vacation on a small island in Massachusetts, the U.S. president is readying to take on a issue which is especially sensitive in the run-up to November's midterm elections.

"The American people don’t want me standing around twiddling my thumbs waiting for Congress to do something," said Obama, frustrated by the lack of action by lawmakers on Capitol Hill, before he left.

Details of any executive orders to be signed by the president are not yet known -- the White House says a range of options is being considered -- but Obama's political opponents are already angry, threatening a major political crisis.

Some hope for, while others fear, that a presidential decision could offer a reprieve to nearly half of the around 11 million undocumented immigrants, many of whom have lived for years in the United States, but who live in constant fear of deportation.

One of Obama's options would be to expand the "Deferred Action for Childhood Arrival" or "DACA" program, launched in 2012, which offers temporary visas to minors who arrived in the United States before age 16, perhaps to also include their parents or even grandparents.

But Lynn Tramonte, deputy director of America's Voice, a group that advocates for immigrant rights, expects something more.

After six years of deportations and minor reforms, "we are ready for a major change, we are ready for the Obama administration that we expected to come into office after the 2008 election," she said, denouncing a "fundamentally broken" system that is "working against families.

But in acting alone on the issue, the president has sparked criticism he is encroaching on the role of Congress, with some lawmakers accusing him of defying the spirit of the Constitution.

He would also risk harming the chances of vulnerable Democrats fighting to retain their seats in conservative states -- where reform is unpopular -- and who are crucial to their party's hopes of hanging on to the Senate.

But Mark Krikorian, director of the Center for Immigration Studies, a think tank that argues for reinforcing the borders, insists an executive order from Obama offering temporary legal status to a large number of undocumented immigrants would be in a different category -- and, in the long term, counter-productive.

"Those small actions were all radically different from what the president is proposing," Krikorian said, emphasizing that each was linked to a very specific crisis.

For example, amnesty was given to some Czechoslovakian citizens in 1968, when the Soviet Union invaded.

According to Krikorian, Obama's proposal "would poison the well, it would make it impossible for Congress to pass any kind of legalization for anybody else."

If, during the midterm Congressional elections on November 4, Republicans retain control of the House of Representatives and take control of the Senate, Obama risks finding himself even more politically isolated during his final two years in the White House.

Pre-election executive orders could therefore be his last chance to leave a mark on the immigration system -- though far short of what he promised during his two presidential campaigns.

In early 2013, after a bipartisan bill written by senior senators, Obama predicted a reform that would permit millions of illegal immigrants to come out of the shadows was close at hand.

But the prospect of a consensus in Congress rapidly fell apart.

The Republican party was torn between the fierce opposition of Tea Party lawmakers and the desire to appeal to Hispanic voters -- more than 70 percent of whom cast ballots for Obama and without whom it will be increasingly difficult for Republicans to regain the White House.

Since a massive amnesty program in 1986, all efforts at reform have failed, including, notably, under the presidency of George W. Bush in 2007.

first he should clear pending backlog of legal immigrants waiting since decades, who are paying taxes all these years and are slaves to certain employers

An action should be taken on immigration but with strict border security, so that no more amnesties occur in future. Providing a pathway is necessary but should make legal immigrants happy prior. The border security enforcement by executive action will win many votes.

first of all he must have to clear backlog of legal immigrants.