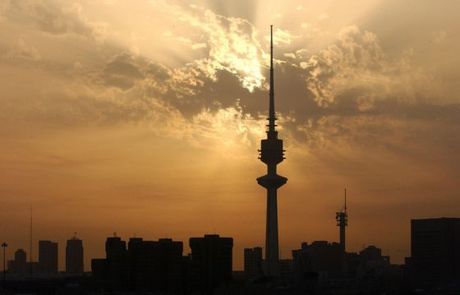 Around 1,100 Lebanese and Syrian nationals will be banned from renewing their residence permits in Kuwait for having direct links to Hizbullah, the Kuwaiti al-Qabas daily reported on Friday.

A well-informed security source told the daily on condition of anonymity that a list “of those banned from renewing their residency permits” in Kuwait will include the names of “blocked” 1,100 Lebanese and Syrians for having direct links to Hizbullah.

The source pointed out that several of the expelled were requested to leave the country within a period of one month while the more “dangerous ones” will be immediately deported.

“The security forces in Kuwait received a list of names of Lebanese and Syrian nationals who were deported from the Gulf countries earlier,” the source added.

However, it confirmed saying: “Deputy Prime Minister and Interior Minister Sheikh Mohammed al-Khaled requested the investigators in the case to be accurate with regard to the information obtained before unjustly placing a 'security block' on anyone.”

On Thursday, the Kuwaiti al-Rai newspaper said that Kuwait authorities have started to prepare lists of Hizbullah supporters to prevent their arrival in the country and others in anticipation of their deportation.

Security sources from Kuwait's state security general directorate revealed that the names include Lebanese, Syrians and supporters from other nationalities.

They also include media officials and businessmen.

These measures began a week ago shortly after the Gulf Cooperation Council decided to consider Hizbullah as terrorist.

The GCC's blacklisting of Hizbullah comes in wake of Saudi Arabia's decision in February to halt an army grant to the Lebanese army over the party's harsh stances against the kingdom and Foreign Minister Jebran Bassil's abstention to vote in favor of Arab League resolutions condemning attacks against Riyadh's embassy in Iran.

The Arab League last week also voted in favor of labeling Hizbullah as a terrorist group, amid the abstention of Lebanon, Iraq, and Algeria.

A number of Lebanese expatriates living in these countries have also been deported.

These are countries that revoke the citizenship op the their own opposition.
On a different note, how many GCC citizens support Daesh and Al qqida before that, and donate money to them through mosques and other organizations?

So many supporting the filthy murdering militia? But be force or will?

do you have a life other than making 100 fake accounts per day and voting people down? I guess not

marcus, was it ment for me?

of course not !!! it was meant for someone whose comments have since been deleted.

the last part of the arab world to be hit by the hot "arab spring" the question is how the rulers would end, like Gaddafi, Saddam or Mubarak, their people must decide, but soon.

even Usa is moving away from them, this means the CIA is doing its work.. don't worry if they gone, you may find another work in KFC.

one in life has to be realistic ya takfiri texas.

not in your lifetime, i can assure you.

hahahahaha, that is so true

seriously stop drinking that kool aid or hizbu juice cuz it aint workin no more, all those stories and make believe theories are old, even russia sold assad cheap, wake up lebanon, so many educated people and still short minded.

Whatever this mockery of God - Hizi2 b'Allah - touches turns to ruin.

What is regrettable is the moderator(s) are falling into his trap by deleting posters' comments that contain no insults or violations of the rules. In the end this troll wins.

sure i Wonder why hezbi lovers are soooo mad about as they keep claiming that lebanese do not need the GCC... LOL