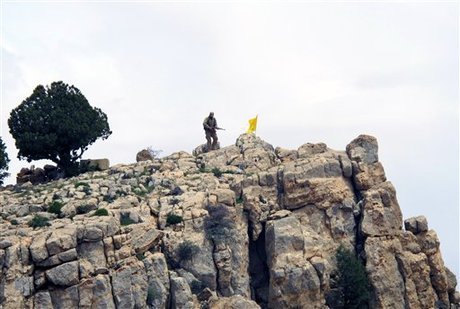 Hizbullah fighters launched an attack against an Islamic State position in the outskirts of Ras Baalbek, killing and wounding several, al-Manar TV reported on Monday.

The attack was launched against a position in the al-Zwaytini where Hizbullah was able to destroy the militants' fortifications.

Sources of al-Manar said that Hizbullah had attacked the group when it was receiving reinforcements. It targeted the IS positions with machine guns and shelled their positions leading to a number of unspecified casualties.

The Voice of Lebanon radio (93.3) said that Hizbullah was able to take control of the military point.

You are my favorite... terrorist.