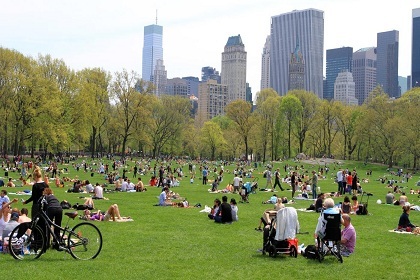 Leaders of several countries as well as rocker Tom Morello will take part in a second day of the anti-poverty Global Citizen Festival in New York, organizers said Thursday.

The Global Citizen Festival, which distributes free tickets to fans who commit to action to support the world's poorest, will take place on September 24 in Central Park with headliners Rihanna, Metallica and Kendrick Lamar.

The festival, which last year featured a slew of visiting speakers including U.S. Vice President Joe Biden and first lady Michelle Obama, said it would hold an initial event this year on September 22 at New York University.

The event will aim to secure commitments on development ahead of the main festival two days later, organizers said.

"Music has been, and will continue to be, an important component of the struggle for a more peaceful, just and humane planet," Morello said in a statement.

Global Citizen, which has taken place annually since 2012, recently announced an expansion to India with hip-hop great Jay Z and rockers Coldplay to perform for the first time in the country at the November 19 show in Mumbai.

The festival encourages music fans to sign petitions or take other action for causes critical to ending extreme poverty such as putting more girls in school and improving access to toilets.