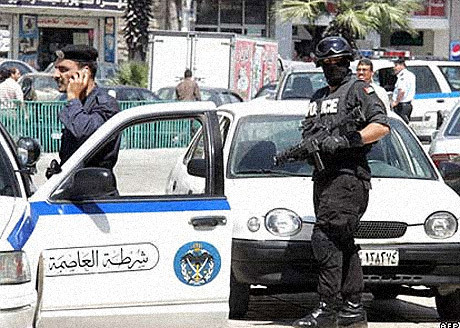 Jordanian police said Monday they found suicide belts and other explosives in the hideout of suspected Islamic State group jihadists behind an attack that killed 10 people, including a Canadian tourist.

Another 34 people were wounded in Sunday's shooting spree, including a second Canadian. Four gunmen were shot dead by police during the course of a siege lasting several hours.

The attack took place in Karak, a tourist destination known for one of the region's biggest Crusader castles, around 120 kilometres (70 miles) south of the capital Amman.

Police said they suspected IS jihadists were behind the attack.

"The four dead militants are Jordanian members of a terrorist cell suspected of belonging to IS," a security source told AFP.

It was unclear whether any militants were still at large.

Prime Minister Hani al-Malki, who was addressing parliament at the time of the shootings, had spoken of as many as 10 gunmen.

Jordan is a leading member of the US-led coalition fighting IS jihadists in neighbouring Iraq and Syria.

It has carried out air strikes targeting IS, and also hosts coalition troops on its territory.

Maaz al-Kassasbeh, a Jordanian fighter pilot, was captured by the jihadists when his plane went down in Syria in December 2014, and he was later burned alive in a cage.

In June, a suicide bombing claimed by IS killed seven border guards near the Syrian frontier.

According to sources close to Islamists, almost 4,000 Jordanians have joined jihadist groups in Iraq and Syria, and an estimated 420 have been killed since 2011.