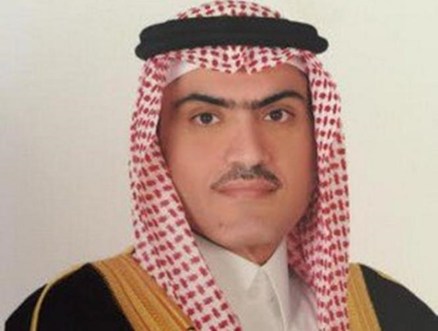 “Those who believe that my tweets are a personal stance are delusional and they will see what will happen in the coming days,” al-Sabhan said in an interview with MTV.

Referring to his Sunday tweet about the Lebanese government, the minister said: “I addressed my tweet to the government because the Party of Satan (Hizbullah) is represented in it and it is a terrorist party. The issue is not about toppling the government but rather that Hizbullah should be toppled.”

“The coming developments will definitely be astonishing,” al-Sabhan added.

Al-Sabhan had on Sunday voiced surprise over what he called the “silence of the government and people” of Lebanon over Hizbullah’s actions.

“It is not strange for the terrorist militia party to declare and take part in the war against the kingdom at the instructions of the masters of global terrorism,” the minister tweeted, referring to Hizbullah and its regional backer Iran.

“But what’s strange is the silence of the government and people over this!,” al-Sabhan added.

Al-Sabhan has taken to Twitter to blast Hizbullah several times in recent months.

“In order to rein in the 'terrorist militia party', those who work and cooperate with it politically, economically and journalistically should be punished,” al-Sabhan tweeted on Thursday.

“Serious efforts must be exerted to clip its wings domestically and externally and to confront it with force,” the minister added.

In remarks published around the same time by Sky News Arabia on its Twitter account, al-Sabhan said “terrorist Hizbullah militias are carrying out acts of killing and destruction and have started declaring wars.”

“Hizbullah's militias are targeting our countries in the Gulf in a direct manner and Iran is exploiting these militias to dodge the nuclear agreement,” al-Sabhan added.

“We have the capabilities to fend off the epidemic of Hizbullah's satanic militias,” the minister went on to say.

He also lamented that “Lebanon has fallen a captive to Hizbullah's militias” and that “millions of Syrian refugees were displaced due to these militias.”

Sources informed on the Saudi policies told MTV that the kingdom's escalation against Hizbullah could take several forms that would “definitely affect Lebanon.”

“Politically, it might target the government's relations with the world. At the economic and financial levels it could target commercial exchange and funds, and militarily it might involve the possibility of a strike on Hizbullah by the U.S.-led coalition, which labels Hizbullah a terrorist organization,” the sources said.

Everything Minister Al-Sabhan is saying is true.

When the Iranian president said a few days ago : "Nothing happens in Lebanon without Iran's approval" we did not see the 'president' of Lebanon or his vice president and son-in-law, the foreign minister utter a word or raise an eyebrow.

These Saudi officials couldn't possibly be as stupid as they look, act, and sound.

bless anyone person, entity, organization, brigade or country that inflicts extreme pain and unbearable suffering, death, torture, and destruction upon the iranian sectarian terrorist militia and its members, sponsors, supporters or followers wherever they may be.

Political leaders who tweet are full of hot air. Witness one Donald Trump

In the coming days, he will be catapulted back to his desert.