Biggest Iraqi Tribe Calls for Arms to Defend against IS 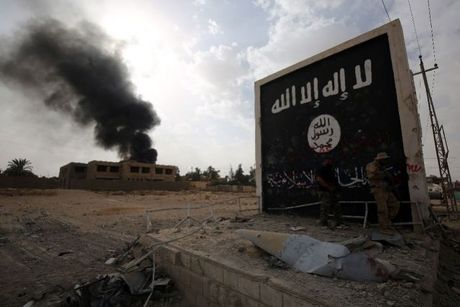 Iraq's biggest tribe has appealed for weapons to defend itself against the Islamic State jihadist group after several of its members were abducted and killed in a central desert region.

The Shammar are a particular target for IS because they sided with the government in the battle with the jihadists, who were expelled from their last urban strongholds last year.

"We hold the security forces responsible for protecting civilians... failure to do so is a failure of duty," Shammar leader Sheikh Abdallah Hmeidi Ajeel al-Yawar said in a statement late Tuesday.

"If the security forces are unable to control these areas inhabited by the Shammar and other tribes... the commander-in-chief (of the armed forces Prime Minister Haider Abadi) should open the door for volunteers to join the ranks of the army and form a brigade of sons of the region to protect themselves."

A minibus driver was the latest member of the Shammar tribe to go missing on Tuesday in Wadi al-Safa in Salaheddin province, according to the police.

On Sunday, IS attacked several Shammar villages in Jazira, the vast desert stretching from the west of Baghdad right up to the Syrian border, and abducted 30 people.

The bodies of seven of them were later found.

Despite the government's declaration in December of victory over IS, the jihadists have continued to carry out attacks in remote desert areas.

AFP knows as much about Iraq as it knows about Paris.