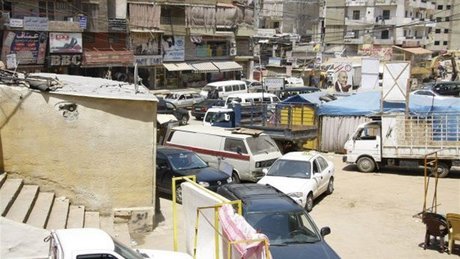 Two assailants have stabbed and killed a young man late on Wednesday in the southern Hay el-Sellom area for cheering for Germany’s exit from the World Cup games, media reports said on Thursday.

Mohammed Zaher, a resident of Hay el-Sellom was stabbed by two of his neighbors against the backdrop of Brazil’s win and Germany’s exit from the 2018 World Cup games, said the reports.

Zaher was reportedly cheering for Brazil’s win when the assailants from the Shamas and Braytaa families, who turned out to be Germany fans, stabbed and killed him leading to his instant death.

Later during the day the army said in a statement it had arrested a suspect who was interrogated and transferred to the courts. He was identified as Hussein Khodr Braytaa.

Germany exited the group stage of the 2018 World Cup in Russia after a shock defeat to South Korea while Brazil topped its group.

The rivalry between Germany and Brazil is behind one of the largest rifts among football fans in Lebanon, which has never qualified for the World Cup itself.

nassrallah's boys on a rampage

"stabbed and killed him leading to his instant death" as opposed to someone getting killed and taking two or three days to die. That's brilliant logic. Must have been written by a resident of Hay el-Sellom.

the shia reinforcing the golden equation on a daily basis: murder, drugs, and kidnappings.

Shiisim at its most Shameless!
Every-Single-Day