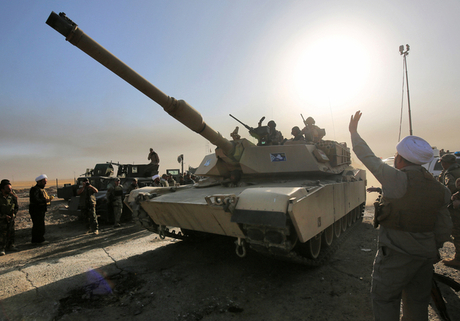 The electricity ministry said it had to once again repair the 400 kilovolt line between Kirkuk and Diyala after "terrorist attacks of sabotage... which caused the line to cut" on Thursday.

The damage was "the eighth attack on this line in two months", the ministry said in a statement, plunging Kirkuk, Salaheddin and Nineveh provinces into darkness.

Prime Minister Haider al-Abadi declared "victory" in the fight against the Islamic State group in December, after the jihadists had seized nearly a third of the country's territory in 2014.

But IS pockets remain, including in the mountains around Kirkuk.

The damage to the line between Kirkuk and Diyala has now been repaired and power restored to residents, a source in the electricity ministry told AFP on Sunday.

Iraq is grappling with severe power cuts, due mainly to a dilapidated grid infrastructure that has suffered years of neglect.

The shortages have fed into protests over the last month, as residents contend with summer heat reaching 50 degrees Celsius (120 Fahrenheit).

Abadi fired electricity minister Qasim al-Fahdawi on July 29 in a bid to quell the protests, which originated in Basra in the oil-rich south and spread to several other cities including Baghdad.