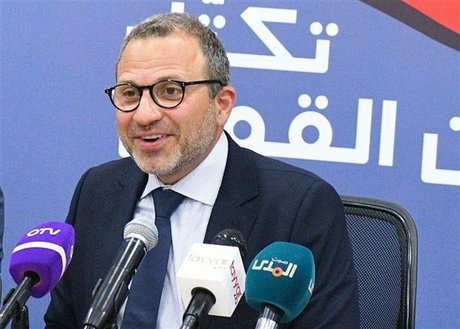 “The bloc supports the LF in the issue of enforcing the labor law and we hope they will continue with it,” said Bassil in response to a reporter’s question. He was speaking after the weekly meeting of the Strong Lebanon bloc.

“The bloc backs a stricter implementation of the labor law, and the main reason is providing job opportunities for the Lebanese amid the unprecedented rise in unemployment levels,” Bassil said.

“This issue targets all foreigners and not a certain group,” the FPM chief added, warning that “anything that contributes to normalizing Syrian and Palestinian presence in Lebanon is a form of naturalization.”

After the grace period expired around two weeks ago, it started inspections, closing down non-compliant establishments and issuing others with warnings.

Critics have said the measure essentially targets Syrians who have fled the war next door, but Palestinian refugees living in Lebanon also fear they will be hit.

Palestinians in Lebanon are exempt from paying for work permits, the U.N. refugee agency says.

But Palestinian business owners must still register and pay a quarter of the standard fee.

"Of the 550 violations registered… only two concerned large companies owned by Palestinians," he said.

"The Palestinian reaction is incomprehensible," the minister said, referring to protests that have engulfed Palestinian camps across the country.

The Palestinian ambassador in Beirut, Ashraf Dabbour, has called on the Lebanese government to exempt Palestinians from these measures.

Palestinian movement Hamas for its part called for "the immediate end to all closures."

Azzam al-Ahmed, from the Palestine Liberation Organization, discussed the measures with Lebanese officials, saying they went against Lebanese-Palestinian efforts "to organize the residency, work and rights of Palestinian refugees in Lebanon."

Around 174,000 Palestinian refugees live in 12 camps across the country, a one-off government census said in 2017.

In 2010, Lebanon's parliament revoked a ban that had barred them from tens of professions for years, restricting them to jobs in fields such as construction and farming.

But Palestinians are still not permitted to work in professions reserved for Lebanese citizens such as medicine, law, the army, and police.

Palestinians began taking refuge in Lebanon with the creation of Israel in 1948, setting up camps that have since transformed into bustling, urban districts.

Their presence has been controversial, with many blaming them for the start of Lebanon's 1975-1990 civil war.

Lebanon says it hosts around 1.5 million Syrians, after they fled the eight-year conflict at home, who have been accused of sparking a series of economic woes in the country.