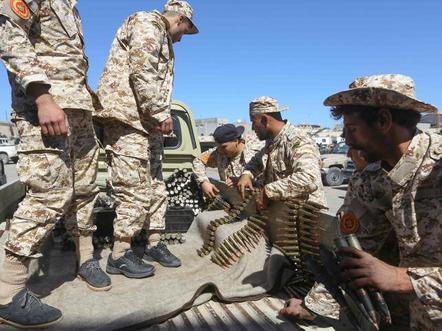 Libya's government has said it is willing to accept a truce in fighting around Tripoli for the Muslim festival of Eid al-Adha that starts Sunday but on four conditions.

The United Nations had called on the UN-recognised Government of National Accord and forces of strongman Khalifa Haftar to commit to a humanitarian truce by midnight on Friday.

Late Friday, the GNA said it was keen to "ease the suffering of the citizens and allow rescue workers to accomplish their mission".

Therefore it said it "accepted a humanitarian truce for Eid al-Adha,"  which will be celebrated in Libya on Sunday, Monday and Tuesday.

But it listed "four conditions".

It said the ceasefire must be observed "in all combat zones, with a cessation of direct and indirect fire and movement of troops".

It said the truce must include "a ban on flights and reconnaissance overflights across the entire (Libyan) airspace as well as a halt to flights from airbases".

Over the past four months, 1,093 people have been killed in the fighting and 5,752 wounded, according to the World Health Organization (WHO), while more than 120,000 people have been displaced.

Forces loyal to the GNA are keeping Haftar's troops at bay on the southern outskirts of the city.

In a video conference with the UN Security Council late last month, Salame warned against mounting tensions and called for a ceasefire for Eid Al-Adha.