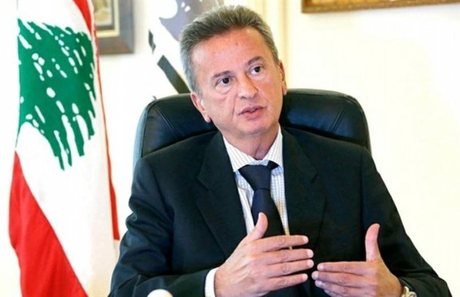 Central Bank Governor Riad Salameh said that legal measures will be taken to know the fate of sums of money allegedly transferred to Switzerland, amid an unprecedented economic and liquidity crisis gripping Lebanon.

"All legal measures needed will be taken to know the fate of money transfers to Switzerland in 2019 and if they truly happened,” he said in remarks to reporters after an urgent meeting of the Budget and Finance Parliamentary Committee.

The committee led by MP Ibrahim Kanaan convened in the presence of caretaker Finance Minister Ali Hassan Khalil and Head of the Association of Banks in Lebanon Salim Sfeir.

Asked whether Lebanon is going to contact Switzerland to inquire on the issue, Salameh said: “We have to confirm first whether these remittances actually came out of Lebanon,” noting that inquiries will affect the “politically exposed, politicians and bank owners.”

He assured that traces of transfers can not be hidden “nothing can be hidden,” he said.

Lebanon has been rocked by unprecedented popular protests since October 17 over official mismanagement and corruption demonstrators blame for a deteriorating economy.

In a country where the local currency is pegged to the US dollar and used in everyday transactions, banks have gradually restricted greenback withdrawals, causing a dollar liquidity crisis that has made imports increasingly difficult and expensive.

And as Central Bank Governor, he still does not know if $6.5 billion were transferred to Switzerland???!!!

Tell the public your current salary? And how much did you pay for your son wedding?

It is disgusting actually... When the common citizen wants to transfer $5,000 to his brother abroad, he is asked a 100 questions by the bank and has to sign 10 forms. yet, 6.5 billion dollars allegedly transferred and the Governor claims he does not know about it.

FPM cover politically hizbollah in the world, and hizbollah return the favor to basil by allowing him to smuggle anything outside the country under fake companies LLC