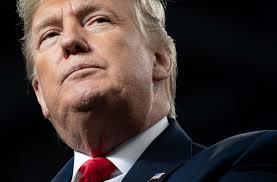 Hizbullah said the plan represented an attempt to "wipe out the Palestinian people's rights."

This "shameful move... could not have been made without the complicity and betrayal of a certain number of Arab regimes", the Iranian-backed movement added.

Al-Mustaqbal Movement expressed solidarity with the Palestinian people, denouncing the deal as a “new Balfourd Declaration.”

“The deal cannot pass at the expense of the Palestinian people and their historic struggle to defend their land and sanctities, or at the expense of their legitimate rights to establish an independent state with Jerusalem as its capital,” a statement released by the Movement said.

Sidon Mufti Sheikh Salim Susan called on mosques in the southern city to focus their Friday speech on the “Palestinian cause.”

“This Deal of the Century is ugly and reprehensible, it is totally rejected. Palestine is not for negotiations or bargaining, and it is not for sale,” said Susan.

Palestinian refugees in the southern camps of Sidon and Tyre, and in the northern camps of Beddawi went on strike as schools were closed in protest.

Trump revealed the plan grants Israel much of what it has sought in decades of international diplomacy, namely control over Jerusalem as its "undivided" capital, rather than a city to share with the Palestinians. The plan also lets Israel annex West Bank settlements.

Unveiled on Tuesday by US President Donald Trump, Lebanese officials and parties strongly denounced the plan and Palestinians called it biased and deserving to go in the "dustbin of history."

A moment of truth! Hizbollah and Israel are two sides of the same coin. They feed of each other to justify their extremism and bigotry. They dread peace as it eliminate their raison d'etre. They dread openness and enlightenment because they live in darkness and indoctrination. They dread compassion and social justice because they breed hate and coercion. Hizb dread freedom because it thrives on oppression. Hizb dread economic development because it erodes its base enticed by ignorance and fake slogans. Hizb is what led to Sunni extremism. Hizb is the reason multinationals and their good jobs never returned to Lebanon. Hizb is the reason Lebanon democracy and sovereignty were sacrificed for the glory of Iranian thugs and the butcher of Damascus. Does anyone believe Hizbollah or Iran care about Palestinians? if Imam Sadr was alive he would be the prime supporter of the Iranian butchered Green Revolution. Enough lies. Wake up!

how can you toss away a country that is supported by the most powerful countries in the world? russia, usa, china, europe....?

You are really funny gebran.sons.
Your pro American sentiment and your love for Israel is impenetrable.

You have to accept that Lebanon is a land of Resistance and will never fall under the complete influence of the West as you so clearly dream off, you can live your American dream in the U.S not Lebanon.

Money is not everything in life, honor is.
You liberals and servants of Trump and America are without honor or dignity.

one simple question mystic = what did the "resistance" do to improve the economical situation and the public welfare in Lebanon?

aren't they "resisting" to make Lebanon a better place? so what did they do to improve its economy and public welfare??

Hezbollah supported families hit by the Israeli attacks in 2006, so that is public welfare.
Also resisting and fighting the invading zionist enemy is public welfare, unless you want to be the servant of the jews ofcourse.

Now your question will come back to you.
What did March 14 and all the other so called liberal anti syrian heroes do to make Lebanon better?
They are the most corrupt too, even though Gemayel family is not in the government, they always sucked alot of money from the Lebanese funds, and Naharnet will probaly delete this comment because it is true.

Unlike them, Hezbollah never had access to Lebanese funds or anything like that, all Hezbollah have is from Iran not Lebanon.
Even yet, Hezbollah still defends all of Lebanon against Israel, Israel does not care what sect Arabs are, to them all Arabs are scum and should submit or die.

Seniora, and Mashnouq, even Hariri and his African dancer girlfriend, what else is there to say?

Corruption are you liberals.

so don't call yourself "resistant" if you do not resist against poverty, against pollution, against a future for lebanese youth.. for that you never "resisted" and fought for...

why didn't you resist against those you say are corrupted and brought us here? how many of the corrupt did you fight and brought to justice? in't that true resistance?

-> it only means you are an accomplice of all those you never resisted against...

see you have NO example of what your party did to improve the Lebanese economy = Lebanon is not only the people who support you...

The Palestinians, united, should attend negotiations with the Israelis, to (i) show their goodwill and readiness for peace, (ii) to renegotiate territorial & other issues that are key to their cause, and (iii) to prove that America is 100% biased in favour of Israel and therefore can no longer act as an honest referee. Many points are on the table and will need to be renegotiated between the two parties. Boycotting any offer for peace talks with the "enemy" is counterproductive and potentially very damaging to Palestinian national rights.

For over 4 years Abu Mazen has refused to sit down and talk peace with the Israelis, so why does anyone dream that he will change now?
The very fact that he refuses to have elections for a Palestinian Parliament, or for Presidential elections (his term of office ended 10 years ago), shows just how removed he and his cronies are from the general population.
Someone must remind him - Peace you make with your enemies, not your friends.