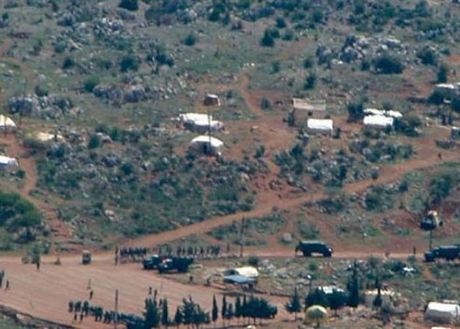 Democratic Gathering bloc MP Bilal Abdullah said on Saturday that reports emerged lately about smuggling of medicine subsidized by the Central Bank into Syria, adding a “new source to drain the country’s economy.”

“According to information, Lebanon’s subsidized medicine is being smuggled at the official exchange rate, adding a new source to drain our economy and our crumbling reserves of hard currency,” Abdullah said in a tweet.

“As usual, in such files, the perpetrators remain unknown and the related agencies have no knowledge of,” he added.

Lebanon spends billions of dollars on subsidies on essentials such as fuel, flour and medicine, but smugglers often sell them in war-torn Syria at a hefty mark-up.

Order of Pharmacists head Ghassan Amin, told al-Jadeed TV: “We must speed up the mechanism of importing medicine in order to avoid the crisis. We have no information about medicine smuggling, but since its price has decreased in Lebanon compared to abroad, it is normal that smuggling operations become active.”

In May, the Cabinet ordered the seizure of all contraband goods at its border with Syria after a controversy over fuel smuggling, as both countries face economic crises.

The border between the two countries has been closed in a bid to stop the spread of the novel coronavirus.

Lebanon is mired in its worst economic crunch in decades and public pressure has mounted for a tougher approach to smuggling, especially of fuel and flour.

It's amazing how this bankrupt country, government and institutions subsidizes, medicine, wheat, petrol, etc.... I just do not get it. i thought it was a free economy.

That's one of the reforms they should do. No more government subsidizing of anything.

Exactly. @Rabiosa. This habit of subsidizing things is what caused our economic mess in the first place.
They subside electricity, instead of teaching people to use fans and led lights, we all grew up with fans. Now everyone cant live without ac. Courtesy of the state.
Subsidize gas so every joe and their cousin go buy their stupid kia picanto and pollute and jam our roads.
They subsidize to please their voters who vote for them.

That’s where all our money has gone!