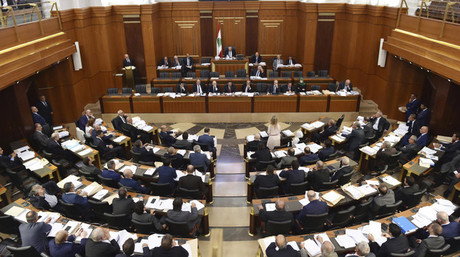 A plenary session to discuss the ministerial policy statement will be held today, Monday, at the UNESCO Palace, followed by another session in the evening.

During the morning session, one or two deputies from each bloc will speak briefly.

In the evening session Prime Minister Najib Miqati will address the parliament and respond to the remarks. The voting on the government’s plan will follow.

“It is confirmed that the government will win confidence,” Asharq al-Awsat newspaper said.

The newspaper expected that “the number of MPs who will give their confidence may reach 100,” after the Free Patriotic Movement announced its support for the government.

The Lebanese Forces, in addition to a number of independent MPs, have confirmed from their side that they will withhold their confidence.