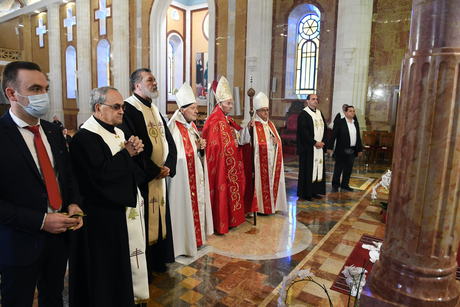 Maronite Patriarch Beshara al-Rahi on Sunday deplored those attacking the judiciary with the aim of “obstructing the investigation” into the catastrophic Beirut port explosion.

“The Lebanese state’s top officials should condemn the attacks on the judiciary and support the work of the investigative judge so that he can reach the truth,” al-Rahi said in his Sunday Mass sermon.

“Today and every day we are calling for unveiling the truth and the good conduct of justice,” he added.

The patriarch also said that he opposes “the double standards in the summonings for interrogation.”

“We would have liked to see all those enjoying immunity rushing to lift it voluntarily in the face of the magnitude of the disaster, which is considered the second disaster in the world after Hiroshima,” al-Rahi added.