Syria-Lebanon Gas Pipeline to be Fixed in a Week 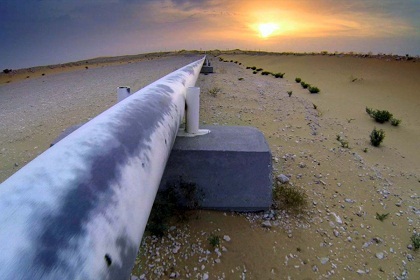 A Syrian technical team has finished examining the 36-kilometer gas pipeline extending from the al-Dabbousiyeh border crossing to Lebanon’s Deir Amar power plant and the inspection showed that there is no major damage that might delay gas supply, media reports said on Wednesday.

“The maintenance process requires a few days and will be carried out by Syrian technical teams free of charge,” al-Akhbar newspaper reported.

“According to the recent agreements between the energy ministers of Lebanon, Syria, Jordan and Egypt, the pipeline’s repair had been tasked to an Egyptian company, but the U.S. Treasury’s delay in issuing resolutions to exempt this company from the Caesar Act sanctions necessitated resorting to Syria’s help,” the daily added.

Lebanese Energy Ministry sources told the daily that the pipeline’s repair “will need one week at the latest,” adding that “the rest depends on (Energy Minister Walid) Fayyad’s travel to Egypt to put a timeframe for the coming period and a practical plan to pump Egyptian gas, which would allow operating the Deir Amar plant in a swift manner.”

Separately, Lebanon is expected to sign a cooperation treaty with Egypt to buy a quantity of fuel for generating power according to the same mechanism that was followed in the agreement with Iraq, which would allow Lebanon to exchange the Egyptian fuel with fuel that suits the power plants in Lebanon.

“Fayyad is preparing a file ahead of his travel to Cairo to finalize the issue, especially the financial part,” the sources added.