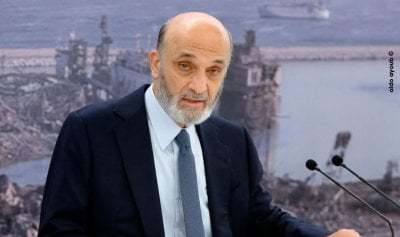 “If they stop the investigations, they must resign immediately,” he said.

Geagea called for a general and peaceful strike if "the other camp tries to impose its will by force."

He added sarcastically that the “inverted logic” that has been prevailing in Lebanon for years, coupled with “imposition, threats, force and red and yellow lines,” aims to falsify and reverse facts, to violate sovereignty and to silence “free voices.”

Geagea stressed that "the successive submissions to intimidation throughout the years” have brought the Lebanese people to where they are today.

“Any additional blackmail related to the port crime is a great moral blow to the judicial institution and a direct or indirect participation in the crime.”

“A partner in crime is as responsible as the direct criminal,” he said.

I really really do not understand why he's babbling about all of this. Tomorrow he could be assassinated and they would claim Israel killed him to cause internal fighting in Lebanon.

There is NO justice NO law no one government above all in Lebanon get over with it and recognize this fact and move on with your life.