Diab Returns to Lebanon amid Escalations Over Bitar Dismissal 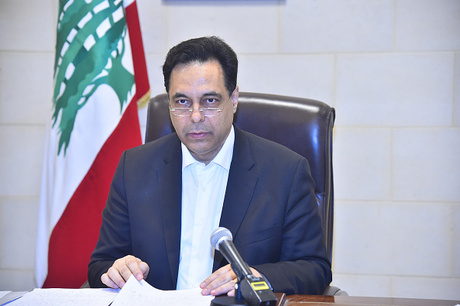 Bitar in August subpoenaed Diab for interrogation on September 20 after he failed to show up for questioning.

Diab left the country days before he was scheduled to appear before the judge, on a one-month-long family visit to the United States.

Bitar's predecessor, Fadi Sawan, had also charged Diab with "negligence” and he had also refused to appear before him.

A stupid guy indeed. They brought him in to destroy the banking system and great five banks, and also eat people's monies. He managed to transfer all his dollars abroad according to Pandora papers and is accused of corruption as well. His place should be in jail alongside all the crooks from his level.