Sarkozy: Evacuation of Wounded Reporters from Syria in Sight 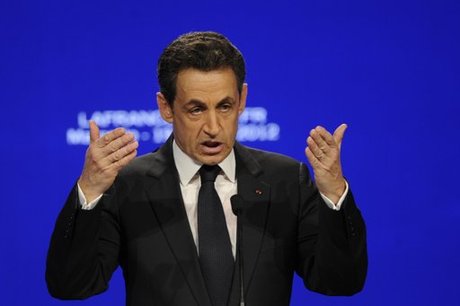 French President Nicolas Sarkozy said Monday that a solution for getting wounded Western reporters out of the besieged Syrian city of Homs was in sight.

"We have the beginnings of a solution," he told RTL radio. "It seems that things are starting to move."

Sarkozy however declined to provide any details, saying that the situation in Homs was "extremely tense" and that he did not have "much trust in the Syrian regime."

The International Committee of the Red Cross has been negotiating to rescue two wounded Western journalists from Homs -- under assault by regime forces for more than three weeks -- and retrieve the bodies of two others killed there.

The Red Cross said it could attempt to evacuate the injured journalists on Monday, as it was too dangerous to pull them out Sunday night.

Bouvier was seen Thursday in a video message appealing for medical evacuation.