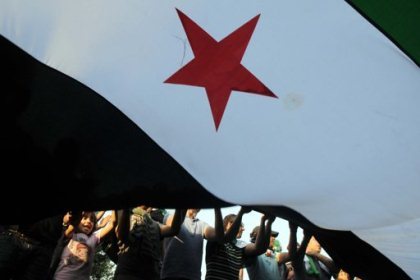 One more Syrian general crossed into Turkey overnight, bringing to 25 the number of generals who have fled the unrest in Syria, a foreign ministry diplomat told Agence France Presse on Sunday.

Turkey has given sanctuary to dozens of army defectors who have formed the Free Syrian Army in opposition to President Bahsar Assad's regime.

Turkey is sheltering more than 40,000 Syrian refugees who have fled the violence and been accommodated in camps near the border. The camps also shelter rebel forces made up of army defectors.

How many generals does the syrian army have ??

At the pace that these defections of the nobodies takes place, it will be 2475 before the Syrian army becomes no friggin more. m3alla2in bi 7ibal al hawa