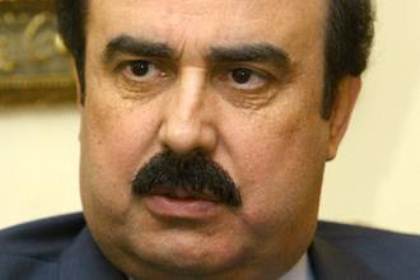 Syria has named General Ali Mamlouk as the new head of its national security office and General Rustom Ghazali as the new chief of political security, in a shakeup of the security services after a bombing killed four top regime figures last week, a security source told Agence France Presse on Tuesday.

"General Ali Mamlouk, who was head of state security, is becoming the head of the bureau of national security, with the rank of minister, overseeing the entire security apparatus," the source said.

"He will report directly to President Bashar Assad," the source added.

General Rustom Ghazali, the former director of military security in Damascus, has been named chief of political security, the source said, replacing Deeb Zaytoun, who will take over Mamlouk's former post as head of state security.

"Until now, the security services were spread among different ministers: the military intelligence and those of the army and the air force under the minister of defense, the political intelligence under the interior ministry and the state security with the presidency," the source said.

"A process of centralization was underway, but it was of course accelerated by the attack."

Assad's father and predecessor, Hafez Assad, created multiple intelligence services whose rivalry made it more difficult for any forces to engage in a coup.

In the wake of the uprising, President Assad has forced his regime to consolidate those multiple services, in a bid to protect the increasingly embattled government.

when this regime will be obliterated from the face of earth and free the syrian and the lebanese people from their grip..

Very soon...
All the intelligence services of the world cannot make a dictator intelligent at all.

Here you go FT !!! you have got your new boss.
Venga capullo

Impressive resumé this guy has

He will get the same fate as Shawkat and the rest of the killers...

another criminal.. the end is near

Recycling these criminals proves that the regime is running out of options...

May Ni3amachdouq now must be plucking her pubic hair one hair at a time.

Rustom Ghazali is in big trouble and he knows it too...he's been a nervous wreck ever since Bath Assad pulled him from Syria. He knows too much about how Hariri was killed, and soon I would not be surprised to see him done with either. Assad won't let him live, and I am so happy to see Bath Assad and Ghazali sweating bullets everyday, as they tortured Lebanon for years, and NOW, what goes around, has finally COME around. Justice will be served to these two bastards and their colleagues, very soon....

Rustom Ghazali is in charge.....it means its over for the Free Syrian Army.....

u could say goodby to the syrian empired..russia have a vital interest. like usa.assad no longer in power only the russian using his name.shaheazad jaafari his girl friend not happy she need more love