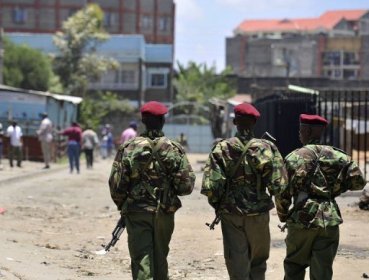 "The two officers were gunned down while on patrol," a police officer told AFP on condition of anonymity. "Their rifles have been taken away. We highly suspect these are Al-Shebab sympathizers."

The police have urged Kenyans to watch out for possible revenge attacks carried out on Kenyan soil by the Shebab, who have fled the port of Kismayo, their last stronghold, after Kenyan and Somali troops mounted an offensive.

One child was killed and nine others wounded Sunday in a suspected grenade attack in a Nairobi church.

Since Kenyan troops entered Somalia in October 2011, the city of Garissa has been hit by several attacks, including the deadliest on July 1 when 17 people were killed when masked gunmen attacked two churches