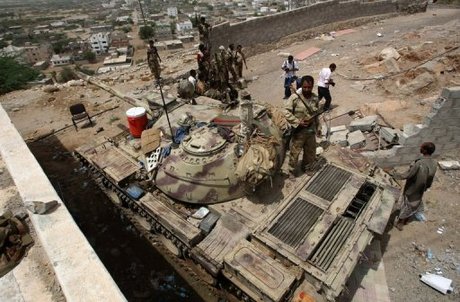 Yemeni security forces nabbed two al-Qaida militants at a checkpoint in the southern city of Aden on Wednesday, a security official said.

"Amar al-Maysari and Ali al-Jahafi, who are members of al-Qaida, were arrested at Al-Rabat checkpoint," north of the port city, the official said.

He said they were in a car coming from the province of Lahj in the early hours of the day.

On Tuesday, security forces killed three suspected members of the jihadist network in a raid on their hideout in Mansoura neighbourhood, in Aden, foiling a major plot to blow up targets in the city.

Two vehicles packed with explosives and three suicide belts were discovered at the hideout, the official said.

Al-Qaida, which took advantage of the weakness of Yemen's central government in the 2011 protests against now ousted president Ali Abdullah Saleh, remains active in parts of southern and eastern Yemen.

Until recently, the militants held large swathes of territory in southern Abyan province, but after a month-long government offensive that ended in June, most have fled to the more lawless desert regions of the east.

Though weakened, the militants continue to launch hit-and-run attacks on government and civilian targets throughout the country.