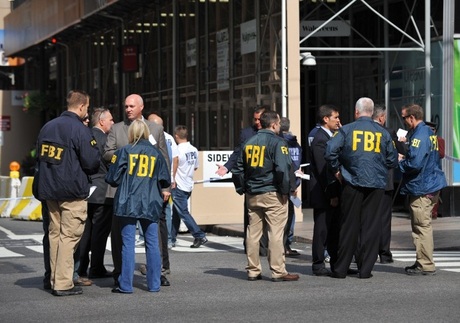 U.S. authorities offered a $50,000 reward on Wednesday for an American of Syrian descent with alleged al-Qaida ties, who is accused of plotting to kill U.S. military personnel overseas.

Officials have been searching for Ahmad Abousamra, 31, since November 2009, when a federal warrant was issued for his arrest.

"Conspiring to use force or violence to achieve a political or social goal violates our cherished ideal of peaceful dissent," said FBI Special Agent Richard DesLauriers.

"Our goal is to find and arrest Abousamra so he can be tried by a jury of his peers," DesLauriers said in a statement.

Abousamra, who was born in France, has dual citizenship in the United States and Syria.

The FBI said he is a former resident of Mansfield, Massachusetts, who left the United States in 2006, and may be living in Aleppo, Syria with his wife and extended family.

Abousamra was first indicted in 2009, after taking multiple trips to Pakistan and Yemen, where he allegedly attempted to obtain military training for the purpose of killing American soldiers overseas.

He also traveled to Iraq with the hope of joining forces fighting against the United States there, the U.S. statement said.

In 2011 Abousamra's co-conspirator, Tarek Mehanna, was convicted by a federal jury on four terrorism charges and three charges related to providing false information to the government.

He was sentenced earlier this year to 17 years in prison.