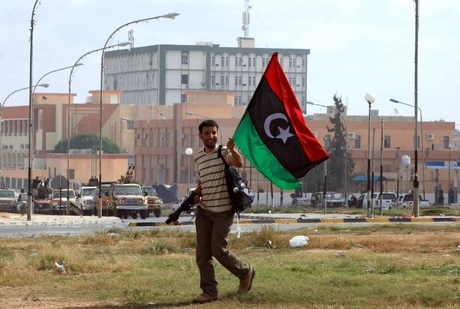 Images aired on state television showed angry scenes in the chamber as assembly members prepared to vote one by one on the proposed line-up.

Moments later, a dozen men entered the assembly but security services kept them on the sidelines.

"What happened constitutes psychological pressure on the members of the congress," said assembly president Mohammed Megaryef.

"Let it be known to all Libyans and to the whole world in what conditions we are working in... The session is adjourned," he said, suggesting that the assembly convene again on Wednesday.

Earlier, Libya's new premier presented a 30-member cabinet that includes liberals and Islamists, in a fresh test of the country's fledgling democracy after the armed uprising that ousted Moammar Gadhafi last year.

Zeidan was elected on October 14 after his predecessor, Mustafa Abu Shagur, was dismissed in a vote of no confidence when the assembly rejected his cabinet line-up as unrepresentative of Libya's numerous factions.