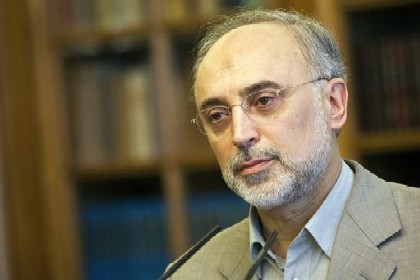 Iranian Foreign Minister Ali Akbar Salehi said that Israel is the “primary beneficiary” from the assassination of Internal Security Forces Intelligence Bureau head Wissam al-Hasan to distract the public opinion to other matters.

“What will Syria benefit from killing him?” Salehi wondered in an interview expected to be published in the Kuwaiti al-Rai newspaper and the Qatari al-Watan newspapers on Saturday.

Salehi pointed out that al-Hasan uncovered 30 Israeli spy networks in Lebanon, “which indicates that Israel is solely the number one beneficiary from his assassination.”

Hasan was assassinated on October 19 along with two others.

The assassination of Hasan, who blamed Damascus for a series of political assassinations in Lebanon including that of former premier Rafik Hariri, has shaken the country's fragile political structure.

The March 14 camp has been demanding the resignation of the cabinet since Hasan's murder in Beirut's Ashrafiyeh district.

It accused Syria of being behind the crime, saying that the government, which is comprised of pro-Syria allies, is covering up for it. The Iranian FM noted that “although his country maintains special ties with Hizbullah and AMAL but it also has special relations with all of the parties in Lebanon.”

“We might have different points of view over some issues, however, we don't meddle in the Lebanese affairs,” Salehi said.

Asked about Hizbullah's, Iranian-made, drone that penetrated Israel on October 6, Salehi said that “it's not a secret that Iran has obtained pilotless aircrafts that are more sophisticated than this one.”

“We are one of the few countries that has this technology and our drones can reach a range up to 2,000 kilometers,” Salehi revealed.

Israel routinely sends F-16 fighter planes over Lebanon, in violation of U.N. Security Council resolution 1701 that ended the 2006 war. The Israeli planes have often broken the sound barrier over Beirut and other places as a show of strength, most recently after the drone incident.

Israel's air force shot down the unarmed drone over the Negev desert after it entered the country's airspace from the Mediterranean Sea.

At the time, the Israeli military dismissed the idea that the drone could have been launched from Gaza, and said it was examining the possibility it may have been sent by Hizbullah.

geha, you and your zionist regime will be out of the middle east sooner then later, if your government doesn't adopt the 2 state solution soon.

Mazboot, and so does iran, hizb shaitan and bashar. They are all alies against the majority of Arabs.

You are a liar. Have you shared the drone data with the Lebanese ISF?

Why doesn't this guy find something interesting to pursue in Iran. They seem to find more time sticking their ugly head in lebanese affair while their country rotten apart. No body needs to do the maths too see who killed al hassan. Hezbshaytan, wilayat alfaquih, wilayat al terror.

Salhei is the spokesman for the terrorist ahmadinjad. The truth is alway the opposite of what he says.

wow, what a tool--I can't believe people believe a word this guy says.

Salehi pointed out that al-Hasan uncovered 30 Israeli spy networks in Lebanon.............. true but was not assassinated until he uncovered Samaha's plot acting on behalf of the Syro/Iranian axis.
But what is the difference, Iran and Israel sleep in the same bed.

“We might have different points of view over some issues, however, we don't meddle in the Lebanese affairs,” Salehi said.........
You only arm your cronies to the teeth and have them do the bidding for you.

That legal question of quo bono - who benefits - only applies when we don't know who did it you Farci retard and HA puppets.

It's like they keep saying why would we? Well there are a lot of whys that just don't make sense. Such as why Bashar is killing his own people and has tanks in the Golan heights for the first time since he's ran the show? Why does Hassan N burrow underground like a snake? Why does Phoenician have his head up BS throwers rear end? It just is. We don't need to question who benefits cause we see who it is.

Death to wilayet al faqih! Down with the evil Ayatollah Khamenei.
FREE IRAN!

Guys I`m not defending Syria ,please do not under estimate the jews Israel is the biggest cancer in the middle East..

Syrians have killed nearly 40,000 other Syrians. Hizballah has killed thousands of civilian Lebanese. How many civilians have been killed by Israel since 1948 as compared with the number of civilians killed in Israel since then.
Only after you give an HONEST answer to this, then and only then will you know (but probably continue to deny) who truly is the biggest cancer in the Middle East.

Hey phillipo please see below reply to your question .
You don’t have to kill people to be a murderer ,take a hard look at yourself and all the Palestinian refugee camps and you know exactly how many lives have the Jews destroyed ,you should be ashamed of yourself defending Israel like that . I hope this answers your questions regarding the biggest cancer Israel for sure buddy ,ask your Christians Mates and they would tell you how Israel sold them out after the 1982 invasion ,for the record I`m not a Syrian lover so please don’t hand me a Syrian Label but it is sicking to listen and read comments by people painting Israel as the saver of our problems .

1. "You don’t have to kill people to be a murderer"
A murderer is a person who kills people, so I don't understand where you get your comment from.
2."the Palestinian refugee camps and you know exactly how many lives have the Jews destroyed"
If you will check the history of the refugees you will find that all those who crossed into Lebanon from the Galilee area, were instructed to do this by their leaders with a promise that the Jews would be thrown out and they would return within two weeks.
More than that, their lives were destroyed because the Lebanese(and Syrian, Egyptian, Jordanian and Iraqi) governments refuse for over 60 years to absorb them into the general population and keep them in refugee camps.
3. "the 1982 invasion"
That invasion as you all know was not against the people and the army of the Lebanese Republic, but solely against Hizballah.
I am not supporting Israel, I am supporting common sense and historical fact.