Abbas: I Did Not Give Up on the Right of Return 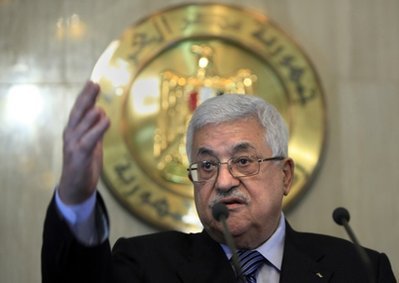 Palestinian leader Mahmoud Abbas has denied giving up on the refugees' right of return, saying remarks about not returning to his home town, which is now in Israel, was a "personal position."

"I have never and will never give up the right of return," he told Egypt's al-Hayatt Egyptian satellite channel late on Saturday, according to a transcript released on Sunday.

In the interview, Abbas sought to explain remarks he made in an interview with Israel's Channel 2 television on Friday in which he appeared to renege on the right of Palestinian refugees to return to homes they either fled from or were forced out of during the 1948 war which attended Israel's creation.

"I want to see Safed," he told Channel 2, referring to the town where he grew up which is now in northern Israel. "It's my right to see it but not to live there."

His remarks were hailed as "courageous" by Israeli President Shimon Peres but sparked fury in the Hamas-run Gaza Strip where thousands poured onto the streets in protest.

"Talking about Safed is a personal position and does not mean giving up the right of return," he told al-Hayatt.

"No-one can give up the right of return as all international texts and Arab and Islamic decisions refer to a just and agreed solution to the refugee issue, according to U.N. Resolution 194, with the term 'agreed on' meaning agreed with the Israeli side," he said.

The issue of the refugees would only be resolved in final status negotiations with Israel, he insisted.

"The six main issues, including that of the refugees, will be put on the table for discussion in the final phase," he clarified.

"The refugee issue, based on U.N. Resolution 194, will be subjected to a popular referendum and people will either accept it or reject it."

Commenting on the Friday night interview, Israeli Prime Minister Benjamin Netanyahu noted that the Palestinian leader had quickly gone back on his comments, and said Abbas' real stance on the refugees would only become clear in direct peace talks.

"I watched the interview with President Abbas at the weekend. I heard that since then, he has gone back on his words," he said at the start of the weekly cabinet meeting in remarks his relayed by his office.

"Only through direct negotiations can we clarify what the real positions are. If Abu Mazen (Abbas) is really serious about advancing peace, then from my perspective we can sit down together immediately," he said.

There are more than four million Palestinian refugees scattered across the region -- those who fled or were expelled in 1948, and their descendants.

The Palestinians have always demanded that the Jewish state recognize their right of return to homes in modern-day Israel in keeping with U.N. General Assembly Resolution 194.

Israel categorically rejects the right of return, which would end its Jewish majority, but is prepared to accept them living in the promised Palestinian state.

Abbas' remarks were immediately welcomed as "courageous" by Israeli President Shimon Peres, and Defense Minister Ehud Barak also hailed his stance as "very important because of its clarity" in an interview with the left-leaning Haaretz newspaper.

Israel's top-selling Yediot Aharonot newspaper also hailed the move as a "realistic and very courageous look" at the issue, but said his outlook was not shared by the Palestinian people.

Giving up the right of return would be "tantamount to giving up on the dream of greater Palestine," the paper said. "That disparity between the leadership and the general public is enormous."

The rival Maariv newspaper said that if Abbas was serious, it was an opportunity that Israel should not miss.

"Israel ought to take Abu Mazen's statement seriously. It even ought to leverage it. Mainly, Israel ought to put it to the test," wrote commentator Ben-Dror Yemini.

"Abu Mazen took a small step, one that might prove to be meaningless. But that is a step that must not be ignored. The ball is now in Netanyahu's court. He should do something with it," he wrote.

The Palestinians are stuck with the right of return and if anyone dare proposes another solution he or she is described as a traitor for the Palestinian cause.

I am for a peaceful solution with Israel and a solution for the Palestinians living in the camps in the different arab countries. We need to give compensations for those who lost their land and homes, find them decent homes in different countries where they can have a decent social and economic future.

France in the early 20th century helped the fleeing Armenians from Turkish persecutions establish in Syria, Lebanon, France. The Armenians integrated well and had a strong positive impact socially and economically in these countries.
We need an international support for the palestinians refugees. However who ever dare go this is immediately treated as a traitor for the arab, palestinian and islamic cause. In the mean time the palestinian refugees are parked in the camps in awful conditions, have very few rights. Their youth dream is to get out of those camps and travel to countries where they can have a future.