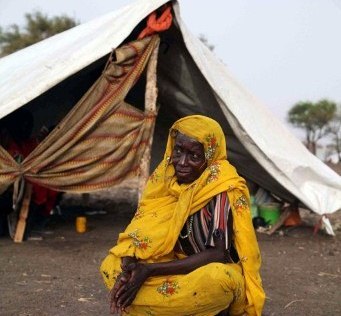 South Sudan said Sunday it has expelled a U.N. official who was carrying out a probe on the human rights situation in the fledgling state, accusing her of producing "unjustified" reports.

The U.N. official has been "reporting on human rights issues that she could not verify and has been publishing without justifications. This is unethical," said the spokesman.

The U.N.'s peacekeeping mission in South Sudan confirmed the expulsion. Neither Juba nor the U.N. named the official.

"The order is in breach of the legal obligations of the government of the Republic of South Sudan under the Charter of the United Nations," said Hilde Johnson, special representative of the U.N. to the country which gained independence in July 2011.

She said she has sought explanations from Juba.

"Human rights monitoring, investigation and reporting, and building capacity, is a core element of the mandate of UNMISS which must be protected," Johnson said.

In the statement, the U.N. mission also noted that "human rights violations and discrimination were at the core of the South Sudanese struggle during decades of civil war".

Allegations of media harassment and torture of civil society members have been swirling in recent months, and there have been growing calls on Juba not to follow Khartoum's mistakes.

But the government spokesman pointed out that "our respect for human rights is reflected in our constitution".

The expelled U.N. official, who has already left the country, "has not respected what had been agreed by the U.N. and the Republic of South Sudan," Benjamin said, without giving details.

The spokesman would not give examples of reports contested by the government, nor would he say if the expulsion was linked to a U.N. report published in August denouncing military violence against a minority ethnic group in the unstable south-Sudanese state of Jonglei.

"She knows what issues what she reports on, you can ask the U.N. ... I can't mention which reports," he said.

A U.N. mission's spokesman confirmed that the reasons for the official's expulsion was unclear.