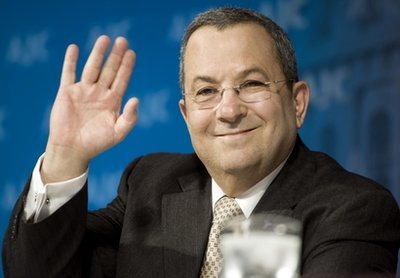 Israeli Defence Minister Ehud Barak blamed Hamas on Friday for the detonation of an explosives tunnel along the Gaza border which wounded a soldier, and said he was mulling how and when to respond.

The blast, which was claimed by the armed wing of the ruling Islamist Hamas movement, took place several hours after a Palestinian teenager was shot dead by troops in the same area, just east of the southern city of Khan Yunis, Palestinian medical officials and witnesses said.

"Israel views with great seriousness the detonation of an explosive tunnel along the border with the Gaza Strip, south of Kissufim," he said in a statement issued by his office early on Friday, just hours after the blast struck.

"Defence Minister Barak said that Israel sees Hamas as responsible for the incident and will examine how and when to respond."

The Israeli military said the blast had thrown an army vehicle 20 meters into the air, although no one was inside it at the time.

"During routine activity just inside the security fence, there was a large explosion that caused a vehicle to be thrown into the air. Luckily no one was in the vehicle at the time," a spokesman said.

A nearby soldier suffered minor injuries, probably from shrapnel, the spokesman said.

Military spokeswoman Avital Leibovich said the blast had "left a crater which was five meters deep and four meters wide."

"This tunnel is one of the most important discoveries in recent years. It contained a huge quantity of explosives," she told reporters late on Thursday.

She said a group of soldiers had gone some 200 meters into Gaza territory in order to dismantle explosive devices in the sector and were about to return when the blast hit.

"The explosion took place as the soldiers were getting ready to go back and fix a section of the fence which had been damaged," she said. "A military vehicle was thrown 20 meters into the air by the explosion."

The blast was claimed in a statement by Hamas militants from the Ezzedine al-Qassam Brigades who said they were responsible for "an attack with explosives which wounded a Zionist soldier."

"Thirteen-year-old Hmeid Yunes Abu Daqqa was killed by bullets fired from an Israeli helicopter during an incursion in Abasan and Al-Qarara," he said, referring to two neighborhoods east of Khan Yunis.

Witnesses confirmed that Israeli helicopters had opened fire as tanks carried out an incursion, sparking a brief exchange of fire with militants.

A military spokesman on Friday confirmed troops had been operating in the area and had fired "towards open areas in the vicinity" after coming under attack by gunmen.

"During a routine activity west of Nirim, troops found a number of explosive devices and detonated them in a controlled manner. As a result of earlier fire toward them, they fired towards open areas in the vicinity," he said.

He refused to confirm or deny whether a helicopter had been involved in the incident.

In recent weeks, militants have detonated several bombs against Israeli troops operating in the area east of Khan Yunis.

On October 23, a soldier was seriously hurt and two others lightly wounded by a device attached to a gate in the border fence. Four days earlier, a military vehicle and a section of the fence were damaged by another bomb.

"During the past two weeks, a number of explosive devices were uncovered in the area adjacent to the security fence in the southern Gaza Strip," an army statement said.

Following the October 23 blast, the army stepped up its activity in the area "in order to uncover additional explosive devices and fix the security fence."