Free Syrian Army to Reorganize, Leaders to Relocate to Frontlines 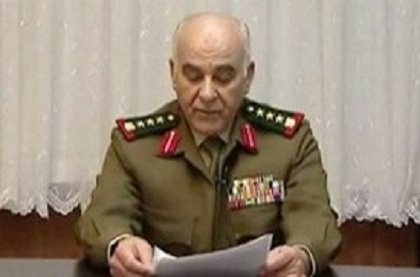 Mustafa Sheikh heads the military council that presides over the Free Syrian Army (FSA) but which has been criticized for failing to bring order to a chaotic, umbrella group, some of whose members are implicated in suspected war crimes.

Many of the units fighting to bring down President Bashar Assad have little military training, are poorly equipped and resentful of the West for refusing to provide it with heavy weapons or implement a no-fly zone.

But in an interview with AFP in northern Syria, Sheikh said that in the past 10 days the FSA had started to restructure itself into five divisions -- north, south, east and west, and the coast -- and would elect new leaders.

"We are getting closer and closer to becoming organized, so that we can get to a stage that is accepted by the international community," he told AFP.

He said the FSA's priorities were organization and securing heavier weapons than the Kalashnikovs and improvised rockets many units currently make do with.

"This body will operate in an organized and disciplined manner. When this happens, the international community will know where these weapons are going," he told AFP at a house in a rebel-held area.

While he refused to be drawn on contacts with the United States, his remarks dovetail with Washington's efforts to help the opposition unite and its concerns that extremist Islamist fighters have hijacked the uprising.

He said the FSA leadership, based largely in neighboring Turkey, is countering criticism from its rank and file, by relocating around 200 officers -- including himself -- back to "liberated" parts of Syria.

"Leaders and officers should not be away from the front, away from their soldiers. It's better to stay, for a better organization, for better morale and for better control on the field, it's preferable," he said.

Accurate numbers are impossible to confirm, but Sheikh claimed 70,000 soldiers and 25 percent of the officer class had now defected, although nearly half are in prison.

He insisted that the FSA represents all Syrians, despite strong evidence, at least in northern Syria, that it is overwhelmingly made up of Sunni Arabs.

He called for discipline to clamp down on militia-like units, although analysts have been skeptical about commanders' claims that they can bring to heel groups that have long mushroomed out of control.

But the goal is not just securing firmer international support.

The restructuring is also symptomatic of the rivalries and power struggles that beset the uprising.

Sheikh singled out the Muslim Brotherhood, accusing it of controlling the Syrian National Council, an umbrella group dominated by exiled dissidents that Washington says is no longer a valid leader of the opposition.

He took a swipe at foreign fighters and said there would "never" be a place in the FSA for jihadist group, the Al-Nusra Front, which has claimed responsibility for many suicide attacks and car bombings.

Last week, the U.N. High Commission for Human Rights said a video purporting to show rebels executing Syrian soldiers appeared to have been a war crime.

The video, posted on YouTube, appeared to show Syrian rebels beating around 10 wounded soldiers before lining them up on the ground and executing them.

Sheikh said the fighters were under investigation and would be put on trial, once courts resume work in a post-Assad Syria.

"Maybe there are no real mechanisms for accountability at the moment and at this level, but at a later stage, they will start to hold accountable all the people who made mistakes against human rights and against minorities," he said.

He denied that Syria was in a civil war, ironically the same position as Assad, and said only that "some personal mistakes" have been made by people with "no connection to the revolution".