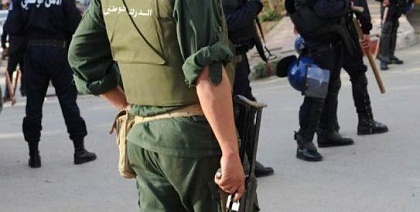 His death has not been officially confirmed.

Makhfi joined Algeria's armed Islamists at the start of the civil war that broke out in the early 1990s, according to the same source.

A breakaway group of militant Islamists continued its operations after the conflict formally ended, and subscribed to Al-Qaida's ideology in 2007 as the terror network's north African franchise led by Droukdel.

After a string of high-profile attacks, the army managed to severely curtail AQIM's operations, but it remains active in Kabylie, its heartland in eastern Algeria.

The group has been boosted by the turmoil in neighboring Mali that followed a coup there in March, with hardline Islamists occupying the country's northern region.