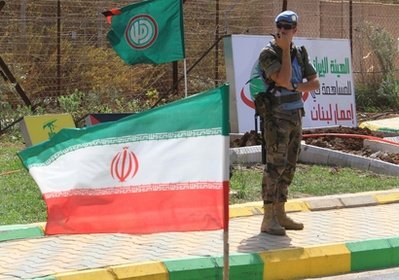 An Iranian citizen has been charged with a plot to export military antennas from the United States in violation of the Arms Export Control Act.

An indictment unsealed in U.S. District Court in Washington on Tuesday charges Amin Ravan and his Iran-based company of conspiracy to defraud the United States, smuggling and violating the export act.

The Justice Department says that Ravan was arrested by authorities in Malaysia last month, and the U.S. is seeking to extradite him to face trial in Washington. The department says that 55 military antennas were exported to Ravan's co-conspirators in Singapore and Hong Kong.

If convicted of all charges, Ravan faces up to 35 years in prison.

what do amal flag + Lebanon have to do with this? As the photo suggests!