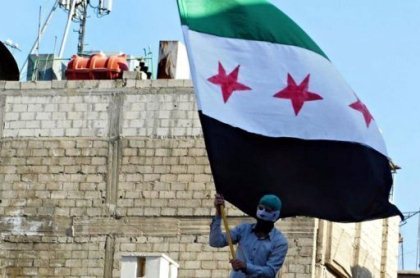 Syria's opposition umbrella group met Sunday in a bid to name a prime minister-in-exile, a day after the Damascus government ruled out any calls for the ouster of Bashar Assad.

The diplomatic face-off came as a couple and their three children were killed in regime air strikes on a village in Damascus province, the Syrian Observatory for Human Rights said.

The National Coalition, recognized by many Western and Arab powers as the sole representative of the Syrian people, met in Istanbul to discuss the formation of a government-in-exile and who would eventually head it, an opposition official said.

"A proposal was made to name Riad Hijab but it has run into much criticism," the official told Agence France Presse on condition of anonymity.

He said talks held behind closed doors would continue into the evening and resume Monday in Istanbul, and that the meeting would also prepare for an opposition forum in Paris on January 28 attended by Friends of Syria nations.

Former prime minister Hijab is the highest-ranking official to have defected, crossing the border to Jordan in August and joining the opposition. He has worked closely with Turkish leaders to help restructure the fragmented Syrian opposition.

Subdued and short on charisma, the 46-year-old Sunni Muslim holds a doctorate in agricultural engineering, but owes his steep ascent in Syria's ruling party to his unwavering loyalty to Assad and the ruling Baath Party.

The opposition bloc has called for the establishment of an interim government with full executive powers in rebel-held areas inside Syria.

But Foreign Minister Walid Muallem struck a defiant tone late Saturday telling state television that those who demand the Assad removal want only bloodshed in the country.

"Nobody can afford to undermine the presidency -- it is unacceptable," Muallem said.

"The U.S. continues to have the president's departure as a condition of regime change, ignoring the fact that the captain of a capsized ship does not jump into the first boat," he added.

The opposition in Syria has insisted on Assad's departure as a prerequisite for any negotiations to settle the 22-month conflict that has killed more than 60,000 people, according to United Nations figures.

Meanwhile Assad's mother Anisa Makhlouf has left the war-torn country and joined her daughter in Dubai, Syrian expatriates in the United Arab Emirates and an activist said on Sunday.

Makhlouf's "departure from Syria is another indication of Assad losing support even from within his family," said Ayman Abdel Nour, head of the newly formed group Syrian Christians for Democracy.

The family killed in the air raid in Damascus province was among 72 people who died in violence Sunday across Syria, reported the Britain-based Observatory which relies on a network of activists and medics in civilian and military hospitals.

A man was also shot dead by a sniper amid artillery shelling and warplane raids on Daraya, a strategic town next to al-Mazzeh military airport east of Damascus, the watchdog said.

Pro-regime daily al-Watan said "terrorists on the outskirts of Daraya... have appealed for help after being hit very hard by the Syrian army, which destroyed several of the hideouts where they barricaded themselves."

It added the army would press on with a ground operation to "root out the remaining terrorists".

Meanwhile the U.N. Office for the Coordination of Humanitarian Affairs director John Ging pressed on with a visit to Syria to assess humanitarian needs in the war-ravaged country, where an estimated four million people are in need of emergency assistance.

Ging, in Syria since Friday, was received on Sunday by Deputy Foreign Minister Faisal Muqdad and then traveled to Homs, while the Observatory reported regime air raids on besieged districts of the embattled city.