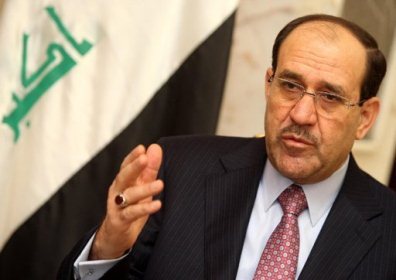 Iraqi Prime Minister Nouri al-Maliki and the leader of the Kurdish region traded barbs on Sunday, each blaming the other for an ongoing political crisis amid weeks of anti-government protests.

The two issued rival statements in the latest in a series of disputes that have hardened opposition against Maliki and pitted him against several of his erstwhile government partners, including Iraq's main Kurdish political faction, who accuse him of authoritarianism and sectarianism.

"The federal government... has increased the crisis through neglect and threats that have led to dangerous consequences," Kurdish regional president Massud Barzani said in a statement issued late on Saturday.

"Iraq has, for a long time, been going through a major crisis because of the neglect of services for citizens, and not implementing the constitution and agreements."

Barzani also backed "the legitimate demands" of demonstrators in mostly Sunni areas of Iraq who have for weeks railed against the Shiite-led authorities for allegedly holding members of their community without charge and misusing anti-terror laws to target Sunnis.

Maliki, meanwhile, issued his own statement on Sunday in which he expressed surprise at Barzani's statement, which he said "reveals a desire to hinder dialogue among the Iraqi people and components, and revive ugly sectarian strife."

"It seems that these factions do not like to see agreement between Iraqis," he said, in the statement issued by his office.

Iraq's protests began on December 23 in mostly Sunni areas of Iraq, sparked by the arrest of at least nine of Finance Minister Rafa al-Essaw's guards. The longest-running demonstration has blocked a key highway linking Baghdad to Jordan and Syria.

The rallies have hardened opposition towards Maliki, a Shiite, who is at loggerheads with Sunni, Kurd and Shiite members of his national unity government.

The crisis comes with barely three months to go before provincial elections, a key barometer of support for the premier and his opponents ahead of a general election next year.