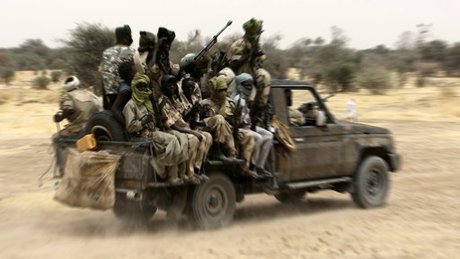 News agency SUNA said they were all abducted by gunmen on January 12 as they finished their work in al-Kuma district, northeast of El Fasher, the capital of North Darfur state, which has seen a resurgence of violence in recent months.

SUNA said the 11 Sudanese looked to be in good health when they were freed near Zam Zam village, southwest of El Fasher.

It did not explain why the number of abductees had risen to 11, from the five Sudanese initially reported kidnapped alongside the Chinese.

International peacekeepers announced on January 16 that the Chinese had been freed, and that was confirmed by Beijing's embassy.

Kuma district chief Mohammed Sulaiman, quoted by SUNA, said freedom for both sets of hostages came "after efforts by the state government."

SUNA blamed an unnamed Darfur rebel group for the abduction but Ibrahim al-Hillu, spokesman for one insurgent organization, the Sudan Liberation Army's Abdelwahid Nur faction, told AFP that a government-linked militia was responsible.

"According to our information the government paid a ransom to release the Chinese," he said.

Recent years have seen a wave of kidnappings for ransom in Darfur, where ethnic rebels launched an uprising against the Arab-dominated Khartoum government a decade ago.

Although violence is down from its peak and rebel-government clashes continue, the Darfur region in Sudan's far-west is also plagued by banditry, inter-Arab and tribal unrest.

In early January two Jordanian peacekeepers in Darfur were freed after 136 days of captivity. A Sudanese intelligence officer blamed "outlaws" for the incident.