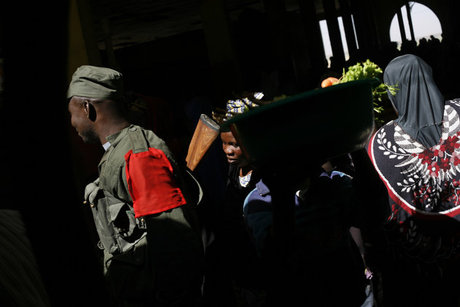 A Malian military spokesman said on Thursday that four soldiers died and five others were wounded when their vehicle hit a land mine in eastern Mali.

Modibo Traore told The Associated Press that the soldiers were killed Wednesday evening in the town of Gossi.

The town is located between the towns of Hombori and Gao, both of which had been under Islamist rule until the French-led military offensive began earlier this month.

The French and Malians have been able to grab back control of the provincial capitals of Timbuktu, Gao and Kidal in a matter of weeks.

However, questions remain about whether the Malian military and its West African allies can hold the cities once the French leave.