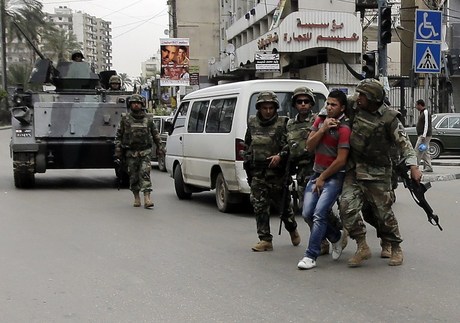 The Islamic National Gathering held on Friday the government responsible for the renewal of unrest in the northern city of Tripoli, saying that it has been negligent in performing its duties.

MP Mohammed Kabbara said: “The leaders of the city may be forced to call the people to civil disobedience if the government does not tackle the situation.”

The MP made his remarks after a meeting for the Gathering, which included a number of lawmakers and Islamic figures.

“The threats that were recently issued against Tripoli only served to increase the security tensions,” continued Kabbara.

Calls for calm, instead of threats, should have been issued, he declared.

The head of the Alawite sect, Sheikh Assad al-Assi, said on Thursday that the sect backs the army on condition that it protects the nation and all of Lebanon's confessions.

“We have had enough and our patience has reached its limits,” he said, warning that strife had awakened.

Kabbara added: “Some sides are accusing Tripoli and its residents of harboring takfiri members in order to justify their threats.”

“Tripoli is not linked to any form of extremism. Such a mentality is not part of its long history of moderation and the city cannot harbor takfiris,” he remarked.

The Mustaqbal MP stated: “Any threat is a crime punishable by law and the judiciary must seriously tackle any threat against the city.”

“The residents of Tripoli are united and they will remain so,” he stressed.

“The only way to end the insanity lies in allowing the government to perform its duties in full because it alone can provide security to the people,” Kabbara noted.

Moreover, he demanded that cover be lifted off any gunman and that a security plan, similar to those implemented in Sidon and Beirut, be put in place in Tripoli.

The MP noted that nine rounds of clashes had erupted in the city under the term of the current government.

“We had repeatedly demanded that preemptive measures be implemented in Tripoli to avert the violence, but these requests were not taken seriously,” he added.

Furthermore, he said that some media outlets are attempting to portray Tripoli as a lawless city.

Five people, including a soldier, were killed on Thursday during clashes that erupted in Tripoli's rival Bab al-Tabbaneh and Jabal Mohsen neighborhoods.

Some 26 people were injured in the violence.

We need bigger prisons to lock up half of the Lebanese people...probably even more!

what we need is that hizbushaitan comes back to its senses and turns over their weapons to the state.