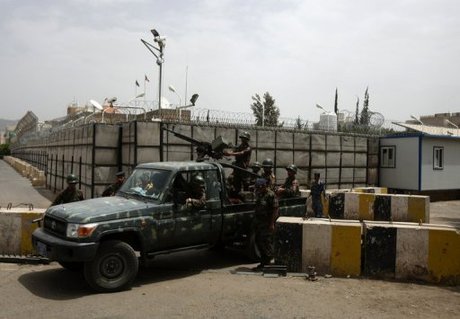 Shiite rebels in Yemen known as Zaidis said on Saturday several of their men arrested during clashes with police in Sanaa have been freed under an "arrangement".

"The authorities have released a number of detainees, members of Ansarullah (Supporters of God)," their spokesman Ali al-Bukhaiti told Agence France Presse.

Bukhaiti, one of the group's representatives in a Yemeni national dialogue, said they were freed "in an arrangement with the authorities" under which members of the group wounded in clashes last Sunday will be treated.

A gunfight erupted when rebels, among a crowd demanding the release of members of their community, attacked the national security headquarters with automatic weapons and grenades.

Ansarullah said 13 of its members were killed and 100 wounded. A security official said 87 more were detained.

On Monday, the Zaidis staged a similar protest and urged the government to address the killings.

A security source on Saturday confirmed to AFP "the release of seven detainees arrested several months ago for having false passports or undergoing military training in Iran".

In return, Ansarullah had agreed not to boycott the national dialogue, its spokesman said, while reserving the right to protest if the authorities did not respect the "arrangement".

The rebels, also known as Huthis after their late leader Abdel Malek al-Huthi, rose up in 2004 against the government of ex-president Ali Abdullah Saleh, accusing it of marginalizing them politically and economically.

Thousands of people were killed in the uprising before a ceasefire was reached in February 2010.

The Zaidis are taking part in the national dialogue launched in March to discuss the impoverished country's main problems, including the Huthi revolt.