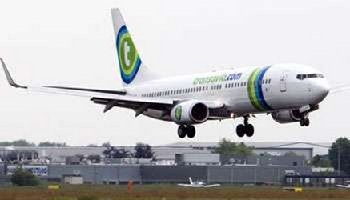 Dutch charter airline Transavia has cancelled flights to the popular Egyptian resort of Sharm el-Sheikh in the restive Sinai peninsula because of a security threat, it said Wednesday.

Transavia declined to say what the specific threat was, but state broadcaster NOS said it was of a possible rocket attack from militants in the Sinai.

"We have postponed our flights to Sharm el-Sheikh for the coming two weeks because of a risk-based assessment done by the KLM group," to which Transavia belongs, spokeswoman Marine Sluiter told Agence France Presse.

"We will look at the situation every day until then," she said, declining to discuss what was in the risk assessment.

NOS said that the Dutch National Counterterrorism and Security Coordinator (NCTV) had told the airline that militants in the Sinai, a hotbed of Islamist activity, were planning on using a rocket to attack a passing plane.

National news agency ANP reported that the NCTV had received intelligence of a "possible attack from the ground in the Sinai area".

Militant attacks on Egyptian security forces after the military ousted Islamist president Mohammed Morsi in July have been concentrated in the northern Sinai, while Sharm el-Sheikh is close to the peninsula's southern point.

Dozens of soldiers and policemen have been killed in daily attacks, as the army has poured troops and armor into the lawless peninsula that straddles Africa and Asia to crush the insurgency.

A rocket was fired at Eilat from the Sinai in August, but it was intercepted by an Israeli air defense system.