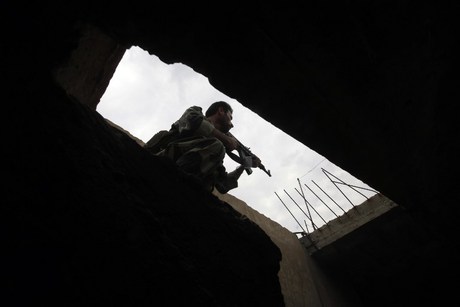 Belgium on Saturday charged an 18-year-old for belonging to a radical Islamist group one day after he returned from an eight-month trip to Syria, the federal prosecutor said.

Jejoen Bontinck, a Belgian citizen, was charged by a judge in Antwerp following police questioning, and subsequently remanded in custody, the prosecutor said, according to the Belga local news agency.

Bontinck, who was raised in a Catholic family and converted to radical Islam, left Belgium in February, telling his parents he was going on holiday in the Netherlands when he was actually bound for Syria.

The young man's father, a former Belgian military officer, went twice to Syria in search of his son but failed both times to find him.

Around twenty police officers arrested Bontinck on Friday night when he turned up at his mother's house.

Prosecutors accuse Bontinck of being a member of the radical Islamist group Sharia4Belgium, believed by Belgian authorities to be one of the country's main recruiters of volunteer fighters.

In interviews with Belgian media, Bontinck denied joining the fighting in Syria and said he transported medicine. He added he would continue living in Antwerp, "according to the holy tradition of the Prophet."

As many as 600 Europeans may have joined rebel forces in Syria since early 2011, according to research published in April by the International Centre for the Study of Radicalization (ICSR) at King's College London.

It was estimated that 134 fighters from Britain have headed to Syria, along with up to 107 from the Netherlands, 92 from France and 85 from Belgium.